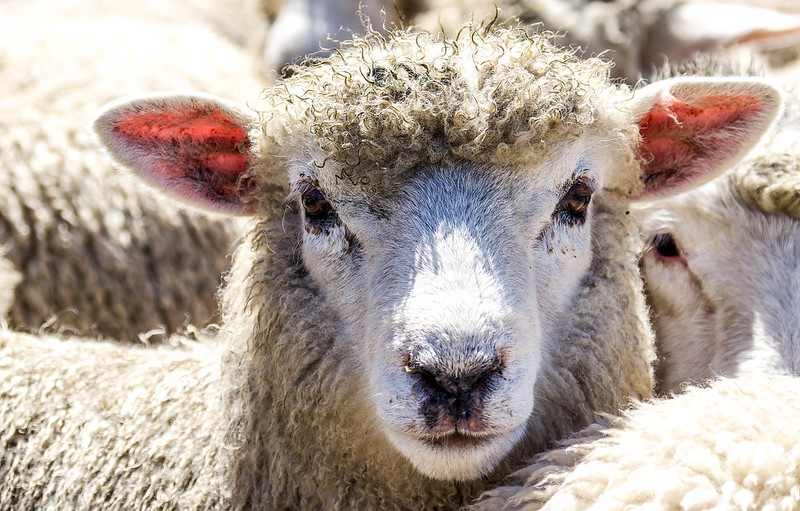 New Zealand is a dream come true, it’s an almost mythical journey. But between dream and reality, what exactly is it all about?

A little reminder: I chose to tell the whole truth, only the truth. If New Zealand is your next stop and you want to follow your dreams, don’t read this article.

New Zealand! This country seemed to me to be worth every country in the world. New Zealand was my Holy Grail, the last step of the podium. But life is full of surprises. I think I arrived there 30 years too late for many reasons. The first one is that the country is no more free, no more beautiful, no more wild and everything is regulated there. Then, the tidal wave of 20/30 year old travellers is continuous… and I’m 50!

Welcome to the land of the Dollar : New Zealand isn’t cheap, it’s overpriced

You can never be too prepared for New Zealand. You’ve been warned in advance and you think you’ve got it all figured out, but New Zealand doesn’t just surprise you with its landscapes. This country is simply priceless. It’s not just a question of price as such, because it’s imprudent to compare purchasing power, average salary. For New Zealand we are talking about something else. The prices charged are simply delirious for a service and quality below sea level.

The population of New Zealand is divided into 3 parts: kiwis, maoris, backpackers and sheep

Lots of Europe, a zest of Maori and a pinch of kiwi

New Zealand is a land of immigration. The last territory discovered in the history of the world, the North Island was colonized by the Maoris from Polynesia around 1250. The British Empire really took over around 1840 and the influx of settlers will go crescendo. British, European and Asian citizens have since come to settle on this blessed land at the expense of the Maori. But this part of history remains very controversial and quite taboo. There are now 740,000 Maori out of a population of roughly 5 million (the kiwis).

New Zealand counts sheep but not cows, there are too many of them

The country has many sheep among its inhabitants: one for 10 people. But the most common quadruped here is not the sheep, it’s the dairy cow: more than one per capita. New Zealand is the largest producer of milk in the world. A paradise for holders of a work visa (WHP or Work and Hollyday Visa). Farms are always looking for workers at good prices. Milking, calving, fodder, parking, labor demand is high.
The crisis does not lie in wait for this sector, the leg of lamb and wool are exported well.

Wise minds will have understood the title: backpackers and sheep are in the same category.

New Zealand is Europe, but far from home…

In this beautiful country you won’t find anything very different from the European culture: fines on the windshields, air-conditioned bus companies, parking meters, bars and fast food. 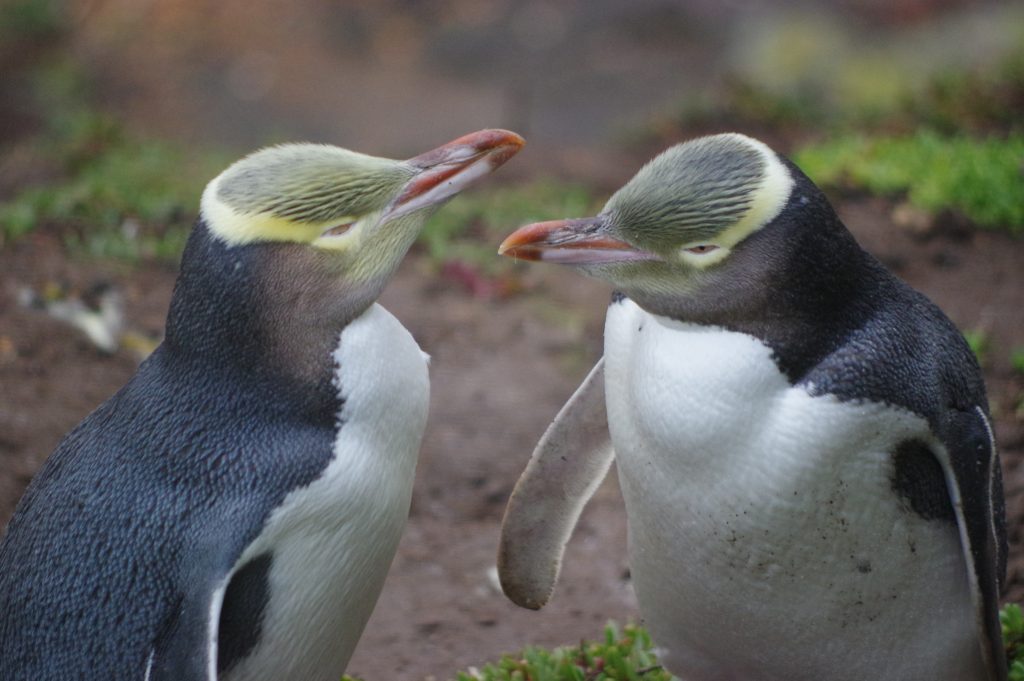 But then… where are the fabulous landscapes, the extraordinary animals, the New Zealand symbols?

Of course you do! We won’t complain about the beauty of the scenery

In the north you find a mixture of Ireland and Normandy with beaches with a tropical aura. In the South, mountains, volcanoes and some fjords. Beware, it rains like in Brittany. The flora is very endemic. It grows here 80% of plants that do not exist anywhere else. The fauna diversity: kaka, kea, kakapo, kiwi are endemic to the island but they are extremely rare. It even seems that only 5% of the inhabitants have seen their national emblem.

To get in touch with New Zealand’s nature, you’ll have to pay a price

Many parks see the hikers’ enthusiasm for their country as a real gold mine. Access to the wonders of nature is sometimes charged by the club: $50 to go see the penguins (by minivan, 1 hour), $50 to access the hill of albatrosses (fortunately they fly), $32 to go see the geyser of Wai-O-Tapu. Don’t dream, it’s not enough to just put on your trekking shoes, you won’t be able to approach the site.

The mythical Milford Sound requires a mandatory reservation in the huts (from $18 to $55 per night and an entry ticket to the park).
Finally, New Zealand evokes wilderness hiking. Beware however, wilderness camping is strictly regulated, be careful not to get caught pitching your tent anywhere else, beware of the fine.

New Zealand has its own way of preserving its biodiversity

Endemic species such as the kiwi are extremely threatened by predators introduced by humans: weasels, weasels, dogs, cats, possums, ferrets, rats… The national sport is therefore to crush as many of them as possible as soon as the opportunity arises. Result: the roads are strewn with dead animals.

The hostels are furnished by the local rubbish dump and the service is friendly but not professional. In season the price of a bed in a dormitory can go up to 50$ so I let you imagine the price of a decent room.

Apart from the very high standard, the hotel employs WHP (work and hollyday Permit) or volunteers who work for free in exchange for room. We told them “don’t worry, you just have to be nice and it’s cool“.
They are generally friendly, although fortunately they don’t bite, but barely competent.

Take it easy : it’s so much fun… but so expensive!

They’re all really cute these young people making their debut in life but no, no and no, it’s neither cool, nor relaxing, nor amaziiiiing to pay for a $30 bed and find a bathroom full of dirt and hair. When it’s not a dirty kitchen with fridges overflowing with expired food. It’s too expensive for low-level service and equipment. Paying the price yes, but don’t mistake visitors for pigeons.

Beware of the mirage of free camping. It’s free, yes, but don’t expect anything extraordinary

A water pipe, a Toi-Toi and basta! The cheapest ones charge for the car and per person. In the end you will pay a lot for a log table and no shelter or dryness.

My take on the New Zealand fantasy

I found the islands very beautiful but soulless. You have to come here with a lot of money to eat badly and not always sleep well. The goal of the trip, in order not to be disappointed, will be to bring back some pictures, because in terms of memories, encounters or cultural enrichment, New Zealand can be disappointing.

The culture is close to zero, the gastronomy is a tragedy, the architecture is non-existent. The kiwis are friendly but superficial: far from the eyes, far from the heart.
It is an overrated, overpriced travel destination that is perfectly marketed.
For example, kayaking in the Milford Sound, announced by 4x3s as an immersion in the world of silence, reserves its share of surprises. Every 5 minutes, a big tourist boat crosses the bay or helicopters bring food and luggage to the shelters. Silence?

To experience New Zealand as you imagine it on glossy paper, you have to get off the over-exploited beaten track

Visitors tend to flock to the same places. New Zealand is a destination of choice for hiking, the less practiced will certainly bring to the brave hearts the adventure sought after. The maintenance work on the trails is exemplary and many huts are available to the hiker.
You will find in Europe landscapes and adventures as extraordinary as in the land of the kiwis. The culture is a thousand times richer, the gastronomy extraordinary and the architecture uncomparable and all this for 3 times less money. But here we have not seen Aragorn or Gandalf in the Pyrenees or the Alps and Europeans are orcas and Gollums in potential, it is well known.

But why all of them wanting to go to Australia or New Zealand?

It’s rush, the mandatory pilgrimage. There are legions of them after finishing their studies and starting a new job saying to themselves: I have to fulfil myself, let’s go to the end of the world! Let’s head for the land of kangaroos and kiwis! And what will they find there? It’s to be discovered here!