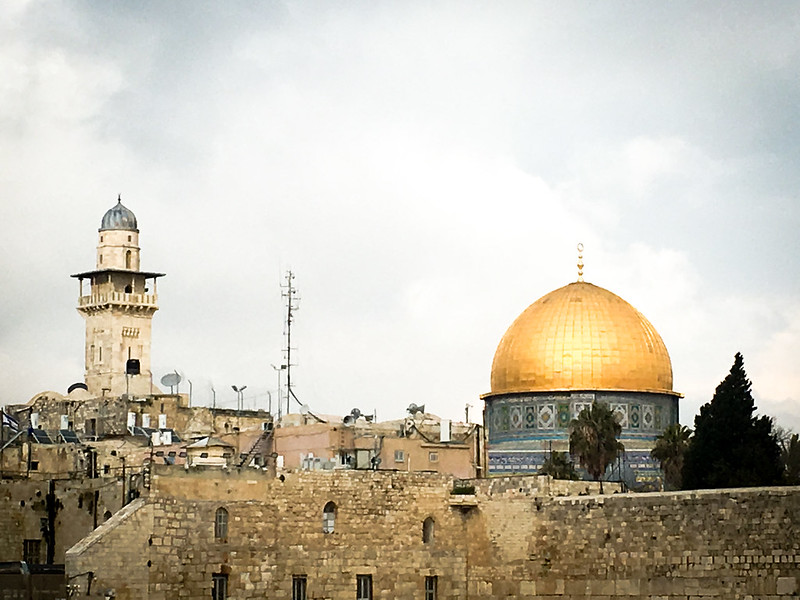 This is a difficult journey to tell. First of all, what name to use for this country? Israel, Palestine, Palestinian Territories, West Bank?

I don’t make a case for politics here. As with many other countries, I visit the men and women of this planet, not their governments. I am not qualified to judge or even debate the geopolitical situations of the world. Neither religious nor involved in any party, I tell only what I see.
For practical matters, I use Israel and Palestine. That is what I see. The country is divided into Arab and Jewish areas plus the international area of Jerusalem. So nothing is simple.

The lines that follow tell a journey, it is not a political discourse dedicated to doing justice to this or that side. Even if I have opinions, I will not talk about them here.

Cradle of monotheistic religions, Jerusalem is a planet on our planet

Christians, Muslims, Jews and Orthodox, the hierosolymites, the inhabitants of Jerusalem, are an incredible mixture. It becomes clear very quickly that the diversity is not only related to belief. It is also about geographical origins and different ways of living one’s faith. In other words, you have to be familiar with religious culture to understand this city. Arabs can be Christians, Armenian Catholics, African Jews. On top of this are grafted different branches, Ashkenazi, Sephardic, Catholic, Protestant, Maronite, Druze, Shiite and Sunni, Ismaelian. So if one of your interlocutors declares himself Israeli and Muslim but neither Jewish nor Arab, that’s normal.
Besides, this tumultuous country is not a paradox, there are many other surprising things to discover here!

You can visit this country only for the history. The traveller is not obliged to have religious convictions to come here

If the traveller comes here to study theology or to pray, to meditate, he is at the right address. Jerusalem is a capital city of the three most important monotheistic religions of the world, and is dominated by faith. However, for those who like me do not pay attention to religion but to land, to men and women, it is better to leave this aside.

Israel and Palestine are travel destinations, not just pilgrimage destinations. Visiting the tomb of Abraham or David is very interesting for an agnostic. For it is history above all

You can stay in Jerusalem for a whole month and discover a new facet of the city every day.
Of course, Jerusalem has its essentials. The Mosque of the Rock, the Wailing Wall, the Church of the Holy Sepulchre, the garden of olive trees more than 2000 years old…
The old city is fortified, you enter through large gates often (but not always) named because of the direction in which they point. For example, the Jaffa or the Damascus Gate. The old city is similar to all the old cities of the world, with busy alleys, a souk, markets, shops, craftsmen. But you walk like nowhere else, the Via Dolorosa, Christ’s Way of the Cross, David’s citadel, this is a travel in time.

In Jerusalem and Tel Aviv, the gastronomy is incomparable with any other country

The diversity is exceptional. The cities concentrate a crazy gastronomic mix. There are of course typical Israeli specialties, but Jewish cuisine comes from the four corners of the world! These are therefore cities placed under the sign of culinary exploration and one is rarely disappointed. Amongst other things, labneh between cheese and yoghurt, falafels, chawarmas, halva, knafeh (sweet cheese and sweet dough), babaganousch and the delicious Schakshuka.

Jerusalem is easy to visit, for Bethlehem it’s another story

People wander around Jerusalem freely in all neighbourhoods except the ultra-Orthodox neighbourhood. When you are in visit mode, you do not feel any strong tension, no sense of danger. Getting to Bethlehem, on the other hand, is a little more complicated. There are a lot of serious controls and an impressive wall. But the city of Bethlehem is very touristy, so it’s very lively. It’s in Hebron that you start to feel the weight of recent history and the tensions are palpable. More or less 600 Israeli settlers protected like a minefield in the middle of 200,000 Palestinians, it’s something to think about. An important precision, in spite of the electric atmosphere, the Palestinians we met on the way were very warm and affable.

Few countries present as many contrasts as Israel and Palestine

Clothing fashion is between religious and military clothing

In the streets, Jews wear a lot of traditional clothes: kippa, long beard, papillotes, schtraïmel, Talit. In some parts of the city, one will also see the confusing frumka, the feminine full veil of the haredim, ultra-orthodox (especially in Méa Shéarim). Mixed up, Muslim prayer robes and caps, veils of all sizes. But the parade does not stop there, the desert camouflage print is more than trendy here. Military service is compulsory for young Israelis (32 months for boys, 24 months for girls).

At the end of the weekend, the buses are overflowing with young recruits returning to their bases in the Negev. Joining the IDF is a very serious thing here. The conscripts take an oath on the ruins of Masada. 1945 years ago, the Jews fought to the last man against the Roman legions. The battle was lost, which is why the young recruits swear not to let Masada fall into enemy hands again. The principle has to be integrated quickly, here one does not joke about the conflict or the religious and cultural identity.

Tel Aviv is a hotbed of homosexuality

In Tel Aviv, the cultural landscape is totally different. This city is very modern and cheerful. The beaches are beautiful and soft, the city is new. You see more jeans sneakers than black coats. Tel Aviv is famous for the partying, the nightlife and in a very surprising way for a country dominated by religion, for homosexuality. Tel Aviv is even one of the LGBT world capitals. But in contrast, Israel and Palestine are champions in this matter.

In Israel and Palestine, it is better to pay attention to what you do and what you say

It’s a precept that prevails everywhere. But here, we must be even more vigilant. The country is in conflict and not a small one. We must not forget that. In the south of the country, the atmosphere is more relaxed even if the region is full of military bases. The Negev desert is beautiful and Eilat is a very fashionable Red Sea resort. It feels a bit like Cannes, but with less charm all the same.

Lebanon is a chaotic country and when you get here, you say What a mess!

But do not worry about the decrepitude which mixes with the new buildings, you have to meet the Lebanese, they are worth it!