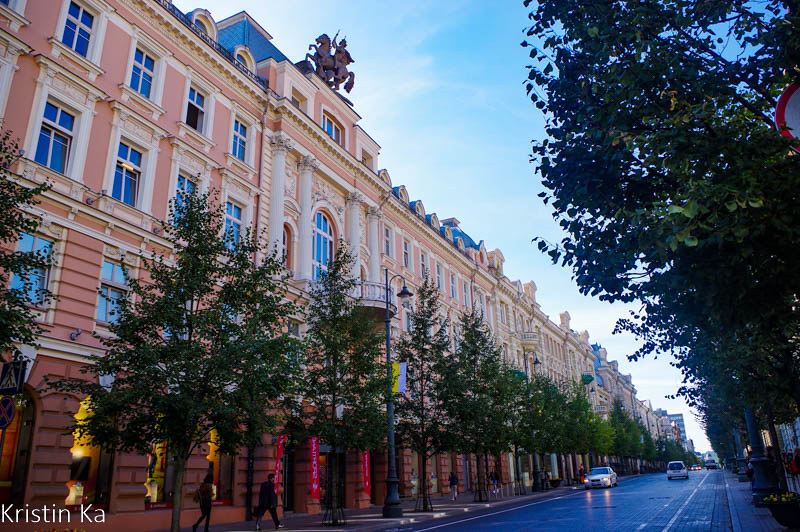 Still little known, Lithuania is a true pearl of the Baltic. It is recommended to visit her before she becomes too popular!

There are many reasons to visit the Baltic States. Strong in culture, history and nature, they are still untouched by mass tourism. Lithuania is the largest of these three territories and has many beautiful beauties. Vilnius, its capital is so attractive  that its name is better known than the country itself.
However, it has its share of curiosities as it is said to be the centre of Europe (the continent), which is officially located in Purnuskiu, a few kilometres from Vilnius. OK, this is not a major reason to visit this charming country but it is a must to show of in social dinner.

Discovering the History of Lithuania is exciting!

Lithuania had a difficult history until its independence in 1991. It was not spared during the armed conflicts, alternately occupied, destitute, annexed, its population suffered a lot. During the second world war, almost 97% of Lithuania’s Jews were exterminated. A sad record, especially since Vilnius was baptized in the 19th century as “Little North Jerusalem” by its large Jewish diaspora. The affluence of diverse European cultures mixed with the enrichment of the different communities that have populated Lithuania has contributed to the cultural, artistic and architectural influence of the country for many years.
Freeing itself from the Russian yoke in 1991 was not easy and did not go smoothly. The moving Baltic Way, which brought together more than 2 million people in a human chain linking the Baltic Sisters (Lithuania-Latvia-Lithuania or 687 km) from Vilnius to Riga to obtain their independence, is worthy of note.
Lithuania was the first to oppose the USSR in 1989-1990 and paid the heavy price.
The city of Vilnius gains to be explored by the historical chapter, good museums such as the Museum of the Genocide of the Lithuanian people has the particularity to be located in the former building of the Gestapo and the KGB but above all, you will be guided there by former prisoners.

Lithuania is in Europe, in the European Union and it is a real cocktail of diverse influences

It is a flat country of forests and wetlands. Nature is omnipresent here. Lithuania today takes advantage of its geographical position as it borders Poland, Russia (Kaliningrad is in Russia!), Belarus and its Latvian sister country. This small country is also known to draw its stability from its great ethnic diversity: 83% Lithuanians, almost 7% Poles, 6% Russians, Germans, Belarusians, Ukrainians who share quite harmoniously these 65000 km² on a total population of 2.7 million inhabitants. The statistics proudly announce that there are about 154 nationalities in Lithuania, which is a lot for a country of this size!
In Vilnius, the atmosphere is particularly joyful. It is also friendly and safe, which is very pleasant. It is a city in which the feeling of well-being and security dominates. It is not scary to walk there at night to admire the illuminated buildings at the end of a festive evening.

Vilnius can be discovered walking, it is a country that magnificently succeeds in a mixture of genres

Vilnius celebrates cultural diversity as usual and to say that it is cosmopolitan is almost a pleonasm. It must be said that Lihuania dare all extravagances, in Vilnius there is even an independent republic in the district of Vilnius, the incredible Užupis!
Whether it’s gastronomy, architecture or atmosphere, the accents mix. This is one of the reasons why the city is so charming.
Well preserved despite the vagaries of history, the city centre is made up of beautiful winding streets, colourful walls, Renaissance, Baroque or Gothic architecture and lively pedestrian streets.

Latvia is right next door and it’s worth a visit !

Beautiful beaches, lots of dense forests and a capital rich in medieval and modern architecture, but what are you waiting for to visit it!