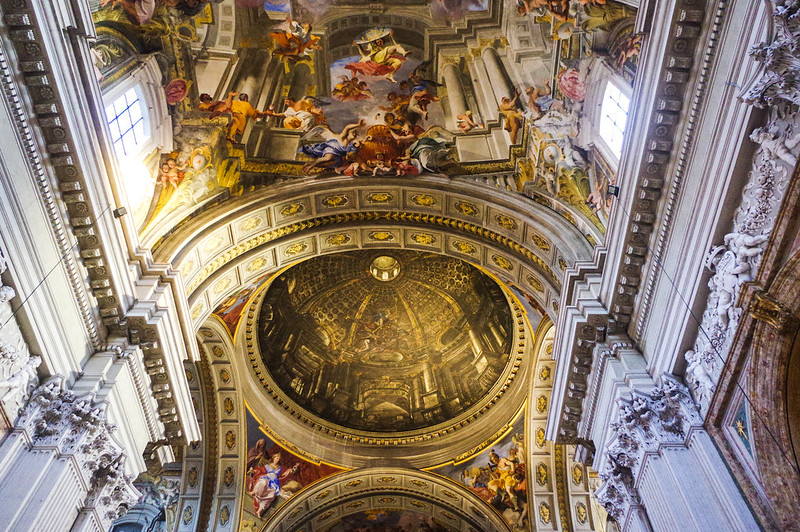 Some countries are like that, spoiled, blessed by a fairy from the cradle. Italy is like that. Although it often makes the headlines for dark stories of corruption, mafia and all those topics dear to the media, Italy remains beautiful and eternal.

This country is frozen in an obvious, almost “natural” beauty, like a radiant woman without any artificial adornment. An alleyway, a square, a storefront, a restaurant whith 3 lines on the menu, Italy is charming “not on purpose”.
Apart from its refined architecture and fascinating history, the attraction of Italy lies in its art of living. It is both simple and sophisticated.

Who can compete as much with France in gastronomy as Italy?

Wine, cheese, bread are tasty. Meat and delicatessen are to die for, the vegetables are as beautiful as delicious and the sea provides the fresh fish. Coffee is unbeatable and the pastry makes up for its reduced choice with divine Italian ice-creams.

Today, Italian gastronomy is spreading all over the world. Everybody knows pizza, pasta, tiramisu. Yet a dish of cannelloni here is not the same as elsewhere. My favourite Italy is osso bucco, or veal Marengo. It’s incomparable, indescribable, it’s the Italian cuisine of mamas!

This country oscillates between the extremes, everything is in the paradox

Italy’s not that easy to understand, it’s full of ambiguities and paradoxes. Both in the over-exploitation of its tourism where the poor traveller is mistreated as much as possible, there is nevertheless a real generosity here, a sharing that makes you forget everything. Despite all that, it remains authentic, cemented in its culture that is both popular and aristocratic. In Italy, what is rich is dazzling, what is poor is blinding. The hills of Tuscany, the thousand-year-old churches, the seaside, the noisy and congested roads. From the sea to the mountains, city or country, the visitor finds in Italy a change of scenery.

Italy is at the same time romantic and vulgar

The bridges, the banks, the light that descends on the city, ricochets off the roofs of the churches, illuminates the ochre facades… Romanticism exists and it speaks Italian! However this Italy is almost obscene in the monetization of its heritage, the display of junk, the overpriced slice of pizza and the rude sellers with easy insults. Beautiful Italian is simply vulgar soliciting. And that’s often what she’s most criticized for. It’s legitimate, the traveler doesn’t like to be fooled. It sometimes takes a lot of magnanimity to forgive her for the “va fan culo” and the exasperated speeches of the pseudo-guides who swarm in the cities. Italy is beautiful, it is also sometimes a capricious and arrogant star.

Italy is simultaneously venal and altruistic

In Italy, and especially in its capital, Rome, you can find the worst and the best. Bland industrial ravioli sold at a golden price, served as a slap in the face and the barely veiled anger of the waiter on top of that. Italy, fortunately, is also home made gnocchi with a gorgonzola sauce so powerful that one wonders how many kilos of cheese have passed through it. This delicacy can be eaten at a very reasonable price, on a piece of sidewalk, without fuss, under the watchful eye of the cook.

Italy is artificial and sincere

Here you are covered with compliments, you get tons of them and it is better not to look for an ounce of truth in this stream of “bella-bellissima“. Paradoxically, the richest exchanges are without words. The cook who comes out of his kitchen to smoke his cigarette on the sidewalk, gratifying his client with a pat on the shoulder that says both “eat, eat” and “welcome, I gave the best of myself to make it benissimo“. He raises his chin, raises an eyebrow or sketches the shadow of a smile and leaves without greeting.

Italy is rich and sober

The monuments are crumbling under gilding, paintings and a certain form of lust. The virgins abandon themselves in ecstasy, the Christs in theatrical suffering, the angels rise up to sing of opulence. The ceilings crowded with drapes, wings and richly decorated crosiers. Italy is an avalanche of crowns set with gems, heavy frames gilded with leaf. Sapphire, rubies and emeralds literally flow from the decoration. The pauses are artificial. The statues are frozen in improbable, feminine swaying hips.
But outside the tourist anthill, somewhere at the bend of a dusty path, there is a fortified building. White, limestone, purified as possible, the forts stand in all their vernacular beauty. Nothing else in the immaculate chapel but a modest statue of Mary, looking into the distance, petrified in simplicity and calm.

Italy is a country that confesses but does not acknowledge anything

To get close to this treasure of culture and history, you have to get lost from North to South, not once, but several times. You can walk around Venice for a whole month and continually discover new things. To create deep links with Italy, you have to go where no one goes, spend time in the silence of the villages, observe assiduously, look for the root, the source.

Italy sings, shouts and is silent

Italy gives everything in appearance but does not deliver its soul. It is multiple, changing, at the same time hot and cold, heavy and light. This country is in turn a prisoner of its tradition and capable of madness. Italy lives up to our dreams and, if we are not able to understand it, to our disappointments as well. 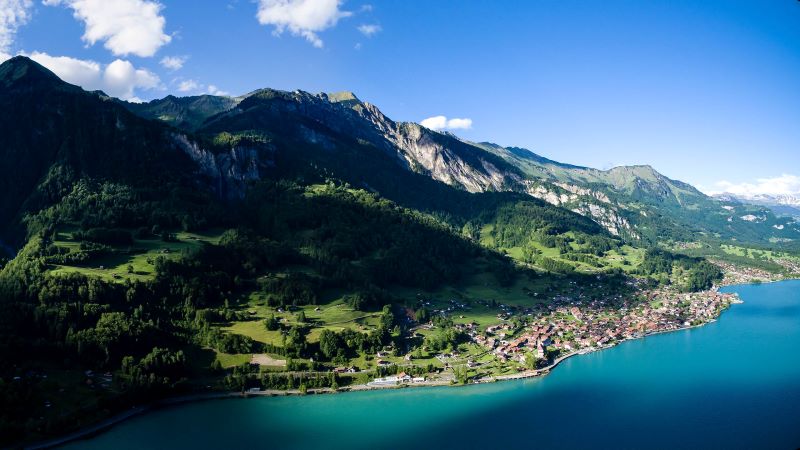 Famous for its banks, watches and chocolate, Switzerland has many other reasons to be visited!