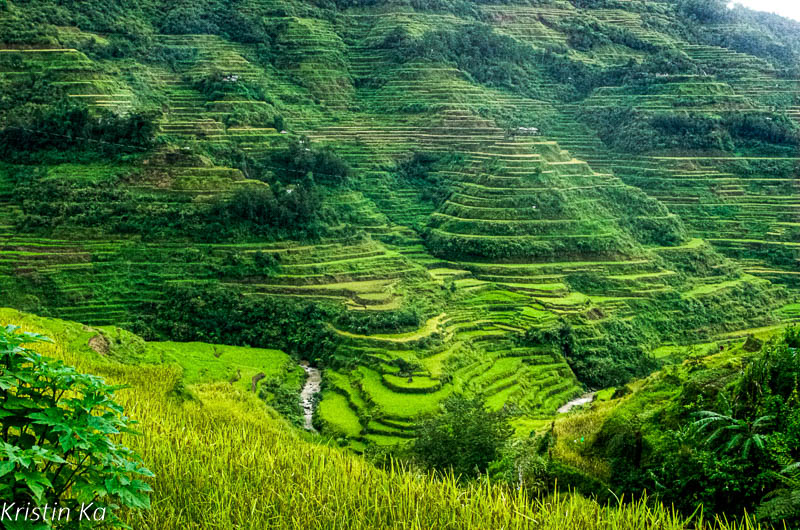 28 days in the middle of the monsoon period, three typhoons, storms and flooded cities… This is a picture that does not make you want to go and yet, the Philippines are dazzling: what an incredible trip!
Once I escaped from the capital, Manila, having survived only one night and two days, I ran away from this overpopulated, asphyxiating and deafening city. “Taxi, follow that plane!”  I jumped on the first plane out of here, randomly. During the monsoon season, other means of transportation were not available. Let’s go for the great adventure of the Philippines!

Welcoming, smiling and funny: the filipinos are going crazy!

Filipinos are incredibly endearing. I was always surprised by their good mood, always ready to joke, sing and laugh.
Filipinos are really friendly. Lost in the jungle of buses making their way through 2 meters of water, patiently waiting for daybreak in a petrol station, they offer what they have: a hot coffee, a piece of bench sheltered from the rain, a piece of cake…
They tell funny stories, have fun at everything despite the misery that sometimes surrounds them. They seem to be more committed to optimism than defeatism.

Guns on every street corner: not even fear!

If it is appropriate to flee, or at least to keep one’s distance, from groups of drunken stragglers and drunken men, I have never been confronted with aggressive or threatening attitudes.
This country probably lives up to its reputation in the big cities where every bank, petrol station, shop is guarded by men armed to the teeth.
This display of machine guns and bulletproof vests worn by 20-year-old kids is surprising at firs, but you soon get used to it. This is also what the Philippines is all about: sad houses made of a mixture of cardboard, bricks and corrugated iron that have been washed away, lost children, trembling beggars… and machine guns.

The jungle and its sleeping tarsiers, the sea and its peaceful whale sharks, the roads winding through the Chocolate Hills, brass bands and churches… We are not bored for a second.
Here, music is everywhere and in all forms. Karaoke is king. Windows and doors open, fathers, children and teenagers singing on the mike to tunes from the 80s.
Everyone plays something and often, really well. Live music is in every bar and the atmosphere is lively, cheerful, easy.
Everywhere I am invited to dance or sing and the evenings stretch into the late night.

No mystery it is the official language with the Filipino that we must call by its name: Tagalog. The Philippines have about a hundred different dialects, it is one of the raisons for which English is also practiced, all the inhabitants can understand each other.

Almost deserted postcard islands: the Philippines is even better than the Seychelles.

The islands are heavenly: immaculate white sand, coconut with a straw, XXXL sea stars and palm trees dancing in the breeze. To get there you have to get into a swinging taxi-pirogue and let yourself be carried to the shore.
Is that a postcard? Yes, but this is real. You breathe more freely all of a sudden, without really knowing why. Footsteps are slower, gestures also. You just have to sit down and let your thoughts flow without waiting for anything. The boatman will come to warn you that it’s time to go home now, that the sky is glowing and that it will soon be dark.

In the Philippines, fast-food restaurants have invaded cities and villages and are making the population obese. However, local gastronomy is cheap and tasty. Adobo chicken, empanadas, a lapu-lapu grilled in a newspaper, everything is really good and healthy.

Transportation in Philippines is pure Adventure

I am pushed into a bus so overflowing that the passengers come in through the windows. My bag disappears somewhere without having had time to say a word. I look at the passenger-ticket-baggage handler in dismay and laugh out loud: “No problem! ».

He puts me on the back door step, grabs the two outside handles and let’s go! Acting as a seatbelt, he keeps me from falling on the road, bowed out.

And no, he doesn’t take advantage of the situation to get his hands dirty. The vehicle behaves like a boat in the middle of a storm, but everyone is smiling. Every time he comes across another bus, the driver waves with his horn, gestures or shouts.

The stops are announced with the tinkling of a coin on the metal tubes that the passengers hang on to… As the kilometers pass by, the bus empties a bit and I finally find a seat. My bag will magically reappear and I’ll get off the bus to the sound of “bye bye, take care ! “.

It’s forbidden to complain on the way up, the filipinos, big and small, do it every day…

You have to get lost, get out of breath in the celestial stairways of Banaue where the most beautiful rice terraces in the world are hidden. Do not hurry and seize every opportunity to stop on a bench. That’s how you’ll meet mothers or peasants bending under the weight of the sacks of rice that they will sell “to the city”.
Every day, they climb 5 kilometres of uneven stairs, loaded like mules. From the youngest to the oldest, everyone is carrying something. The children put a hen in a bamboo cage on their heads, the men, bags of cement, the women bags of food.

Large families? No, in the Philippines they are innumerable! These difficult living conditions push most of the young people towards Manila but the families I had the joy of meeting seemed to me very fulfilled

Here, having 12 children is common. While I hesitate to say that I only have three kids, I remain silent when a 30-year-old woman sadly shakes her head and says that at the moment she has only six. Her neighbour, who has thirteen, consoles her: “soon, soon“.
In this country, wealth is family. It is the descendants who will take care of their elders, not the state.

A multi-faceted culture: a deep Christian faith but the shaman and the old traditions are never far away

Here, God is everywhere. The jeepneys are over-decorated with inquisitive-eyed faces saying, “God is watching you! ». Pious to the extreme, devoted to Catholicism, the inhabitants continue to honour the old traditions that still exist.
Sacred sites are home to flying coffins, incredible cemeteries where animism and pagan rituals still exist. These sites are difficult to access because they are protected from mass tourism, and a guide has to be paid for. In the Philippines, when it’s sacred, it’s sacred.

The Philippines is disconcerting, fascinating and confusing at the same time

I speak about this country with affection because I promised, the whole truth and nothing but the truth will be written here.
I dodged the unstable areas still at war, Manila and its legendary insecurity, the districts of abject misery. My observations are very personal, full of joy at the contact of these families overflowing with energy and playful children.
Because I can only give an account of this: living 4 weeks under heavy rains, stuck on an island impossible to leave because of the storm, walking every day through the flooded streets, flip-flops in hand and still finding this extraordinary, enriching and exciting country… What country can do the same?

Do not visit Bali, travel there ! 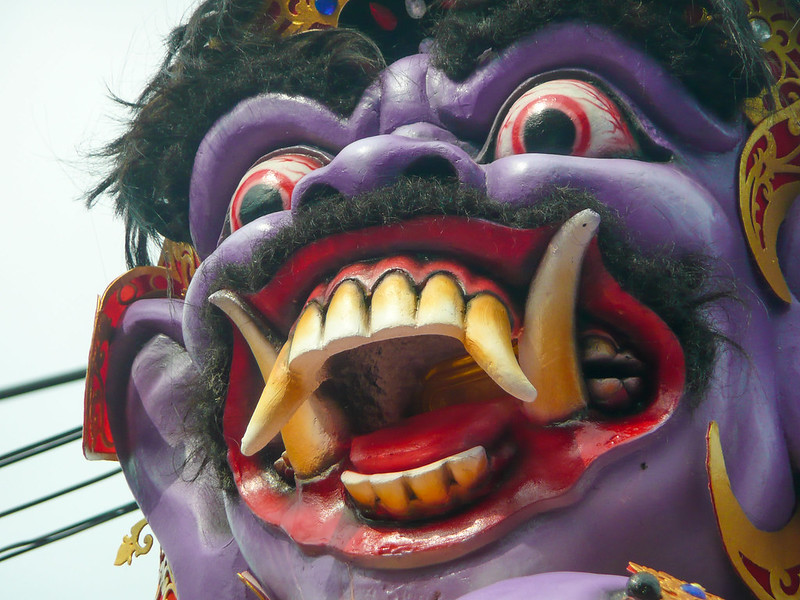 In Indonesia, there is a tiny pearl named Bali…

Bali is touristy cause it’s beautiful. But it also has his own personality and traditions. Bali is discovered for somethong other than its beaches. the culture and the inhabitants are fascinating!