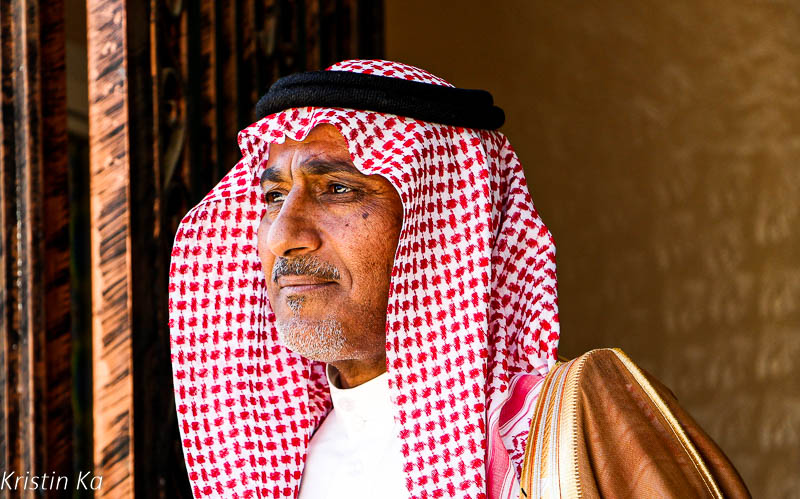 Saudi Arabia has just opened its doors to visitors. Back on a trip to Arab land, between Muezzin and luxury car

Saudi Arabia is an uncommon travel destination, and for good reason, it was not easy to get there. But things are changing, the oil kingdom has just opened its borders to the layman, it is now possible to obtain a visa in a few clicks. So it’s easy to get there, fine, but to do it, to see what?

Visit the largest desert in the world, the Rub al Khali, which makes up a large part of the country with in the middle the largest oasis in the world. The country has some vestiges of the past such as the Nabataean troglodyte city of Madahine-Saleh in the north of the country, Tabuk, the village of Rijal Alma in the south-west, some old villages, beautiful desert or mountainous landscapes. The country also has beautiful mosques, lovers of Islamic art will be delighted.

Big-hearted people, beautiful landscapes: the only thing missing in this country is charm

The government has clearly understood the danger posed by this rentier economy which is in a constant slowdown: demand and production are in decline.
To counteract this trend, the Saudi government is rolling up its sleeves and betting heavily on change with the 2030 Objective.
In 10 years, the country hopes to welcome 30 million visitors and thus become the second Dubai in the Middle East.
The country is putting a lot of resources into it. It sometimes goes as far as expelling the inhabitants of certain areas to transform the site into a tourist park. The bad taste dominates, it is often a rough Disney-like assembly surrounded by car parks as empty as gigantic. But who knows, maybe these entertainment centres will find their audience?

The cities of Saudi Arabia are modern, huge and bubbling. Difficult to fall in love with these mega-cities

Saudi Arabia is a land of Bedouins that has experienced a phenomenal and rapid economic boom thanks to oil. Cities have grown like mushrooms, in a chaotic way. They are gigantic and it is almost impossible to walk there. Without a city centre, they are as heartless as soulless. Very modern, sprawling, totally devoid of charm, the most interesting to see there are the natives.

The population, about 33 million, is composed of a third of foreigners (32%). This cheap labour force from the Philippines, Yemen, Sudan, Afghanistan, India, Pakistan came to build the country. So it is not so easy to meet natives Saudis.

To appreciate Saudi Arabia, you have to take the rhythm

The country is in time slots aligned with the calls to prayer, Adhān, there are 5 of them. Apart from the prayers of dawn (Sobh) and night (Icha), there are 3 of them distributed as follows: Dhor at midday, Asr in the afternoon and Maghrib at sunset. They have to close the shops 30 minutes before, do some ablutions, a prayer of 10 to 20 minutes, chat with friends, drink tea and leave to reopen the shop. The city is thus very quiet during this time there. In the big shopping malls, it’s the same. You have to understand that it is not only forbidden but also punished (usually a very expensive fine) not to do it. Shops have to be closed, work has to stop. It is also obligatory to pray at home for Sobh and Icha.

Cities are not alive during the day. For example, until 5pm, the city of Jeddah is a ghost town. Afterwards, the city is swarming like an anthill and it’s a real pleasure to stroll through the market, the old quarters and observe the diversity that animates these popular streets.
The Saudis are real night birds, they stay up late at night and sleep during the day. It is a rhythm that is understandable, here it is very hot during the day.

Is it difficult to travel in Saudi Arabia?

No, immigrant workers or natives, the welcome reserved for the visitor is jovial and warm. I had no difficulty travelling alone in the country, without a veil, without a burqa, but of course dressed decently: no shorts, no cleavage, etc.

I met generous people, very hospitable and absolutely not dangerous. The hitchhiking trip is easy and safe, the bus network is well organized and reliable. The Saudis go to great lengths to take good care of their visitors and it’s a real pleasure to meet them. They are interesting, caring and have all shown respect for a foreigner. Towards Yemen, in remote villages, the veil to cover the hair was sometimes used.

The most complicated in these areas is to find a restaurant with a “family” corner. Understand that part of the restaurant is divided into stretched curtain rooms in which the woman can remove her veil. The waiter brings the meal on a rolling table, announces himself, puts the trolley in front of the curtain, the head of the family comes to get it while taking care to hide his wife from foreign eyes and that’s it!
Fortunately, restaurants are becoming more and more flexible, but it must be acknowledged that the quest is sometimes long.

The Saudis are charming, but you still have to respect the rules

No alcohol, no drugs, no pork. No music, no movies, no forbidden books such as pornos, etc. This is obviously not the country to dance reggaeton on the streets. It should be kept in mind that Saudi Arabia is a hyper conservative kingdom that fears more than any external influences that could change the culture. They are considered as threat to the cultural and religious identity of the country. In this desert land, Wahhabism, that strict current of Sunni Hanbalite Islam has reigned supreme for more than 100 years. In short, everything that is likely to divert the faithful from their prayers is banned: concerts, cinema, music (the only music you will hear is prayers) as they are considered to be sources of depravity.
It is not useless to remember that it is forbidden, even dangerous to criticize the king, no crime of lese-majesty here, unless you feel like visiting the prisons or tasting the whip.
The feasts of other religions such as Christmas or Easter are forbidden. For all these reasons and more, it is best to avoid any discussions about human rights in general and worst of all, those of women.
Homosexuality is cursed, punished, forbidden. Yet, paradoxically, it seems that this country is a true gay paradise. In the written word, sodomy is punishable by death, but in practice it is widely practised. I have had the chance of meeting homosexuals who spoke about it very openly. For gays, daily sex is perfectly normal, just as the fussy civil servant sharpens his pencil before starting work.

Mmmm, not so simple. At the moment there are two types of accommodation. The very expansive luxury hotel and the shabby one, but at a very high price. I have found that couchsurfing is by far the best way to explore the country without ruining your budget while enjoying the immersion in Saudi families, with one, two or three wives!
As you can see, Saudi Arabia is full of surprises.

Oman is a kingdom, sorry, a sultanate, of insane wealth!

Oman is a desert full of oases, it is also Persian golf, the Arabian Sea and the Gulf of Oman. Lots of seaside and golden sand with occasional superb cities and very friendly locals.