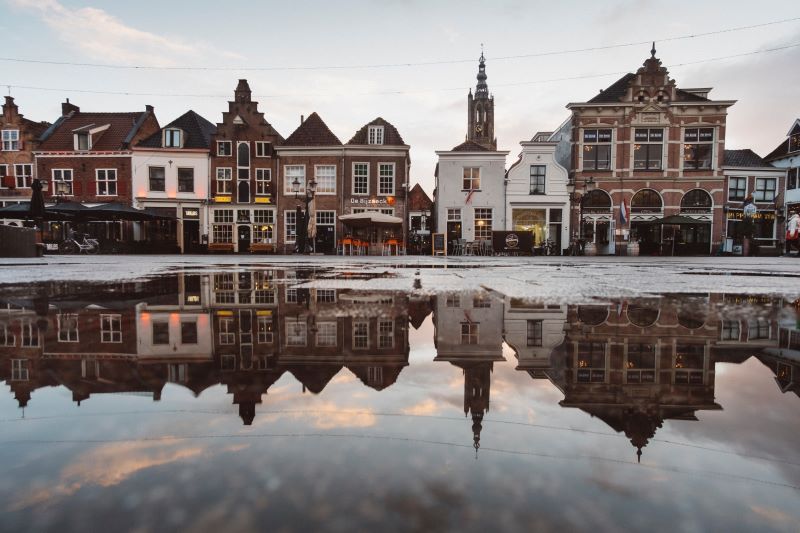 Haaa, Holland, sorry, the Netherlands! The quintessence of calm, flat landscapes and blazing red sky. Worth a trip off the beaten track!

Honestly, when I got there, all I knew about Holland was cheese and tulips

The Netherlands, which nobody of my generation knew as Holland when I discovered it, is a special country for me. When I first visited it, I was 11 years old. It was a long time ago. It was winter, cold, white and dark. We spent Christmas there with Dutch friends. It was my first big trip.

In Nederland, it was very Christmassy and the Dutch had decorated their windowsill with candles. The doors were decorated with holly wreaths tied with red silky ribbons. For me, as a little Parisian suburban girl, it was Santa’s country.
It was a very cold winter. The plains of this flat land were completely covered with snow. There were no walls or fences to be seen.
The North Sea carried blocks of ice that winter. It was an unusually cold December, the Dutch hardly believe me today when I tell this story. But it’s a true story, we filmed everything in Super 8 with the most modern camera of the time.

The Netherlands had everything that makes a magical country

In the family car, I watched fields as far as the eye could see, planted here and there with a mute mill.

Since I never left my country, the surprises were big. The architecture of the houses already. Low, not more than one floor and long, spacious. Huge windows, real showcases! Not even sealed with heavy curtains, quite the contrary. The light curtains of white lace barely covered a quarter of the glass. You could see what was “in” the house, a real blow for a resident of a suburb full of blocks.
Holland completely changed my view of the world and society.

The onslaught of Dutch gastronomy

For breakfast we had cold cuts, eggs and of course cheese from Holland, which was cut with a strange mandolin spoon. There was also a strange unknown cheese, which you could spread lovingly on brown bread. Our jam and butter bread fell into disgrace for months!

It was actually for us, a kind of brunch. In the 70’s we didn’t know what it was. We didn’t even know the word, let alone the concept. But it wasn’t really brunch, it was just a breakfast in Holland, that’s all.
The rhythm of the meal was completely turned upside down. Dinner was served at 6pm (very early for French people!) and the evening was spent with tea chilling out on the sofas.

The Netherlands, which I discovered a long time ago, amazed me: it was such a safe and quiet country!

We always went out in the evening with the village children. There were no parental fears of letting us go out in the dark night without a chaperone. There was a room dedicated to the young people in the village. We always went out and drank lemonade, everyone was nice and friendly. It seemed to me that all the people I met were blond, blond, blond, white, white, white and tall, tall, tall.

The days were spent outdoors, sledging in the fields and visiting the ponies with their thick woolly coats. I had the impression that the horses were wild, free. They trotted merrily across the plain, blowing clouds of smoke through their nostrils. Trapus and massive, they looked like locomotives racing at full steam through the silent fields. At home “in the most beautiful house in the world”, exhausted and frozen, we put on super soft piqué pyjamas and were spoiled with hot chocolate or caramel milk.

In the Netherlands the cities were elegant and quiet

And then there were the “old” towns. Noble, elegant stone buildings and canals everywhere! Castles like in a picture book, people on bicycles, quiet river banks.

And all of these, everything was so clean. Blue earthenware was everywhere, plates, bowls, mugs of beer, tiles decorated the walls.

And all these long, chiseled houses full of curves, these pointed roofs like arrows, this incredible baroque style, or, on the contrary, super simple square shapes. It was so incredible. I had never seen red bricks anywhere but on the walls of factories iof the last century. What a presence!

This Holland has changed a lot since then. It is no less beautiful. I’ve come back several times to find that out. The Dutch are still fabulous. Romantic canals, parks planted with tulips. Amsterdam is great, Groningen, Delft or even Rotterdam. Today’s travellers will find Holland beautiful, beautiful, beautiful, but for me it remains “forever and ever” an enchanted country.

Next travel: Why not discover Germany? 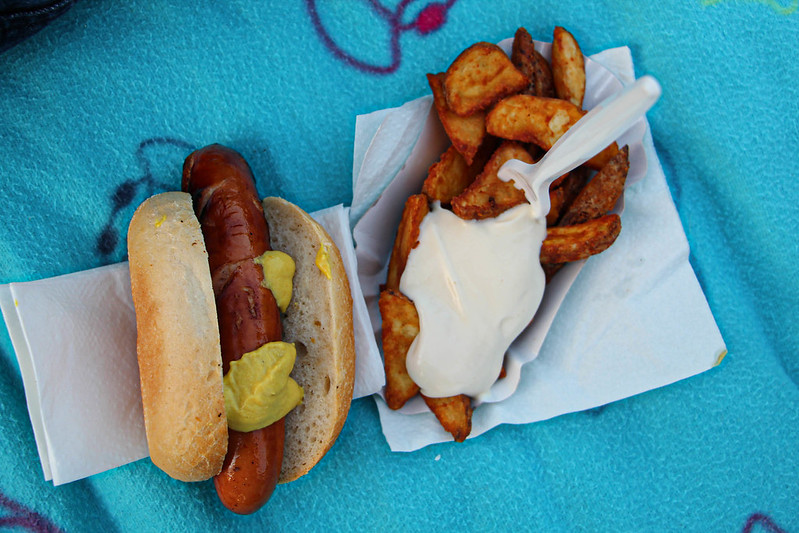 Germany has a lot to offer the curious traveler!

Germans are frequent travelers, I hope they also explore their own country, which is worth not one but a few travel! Gastronomy, mountains, cities and forests are waiting for you!