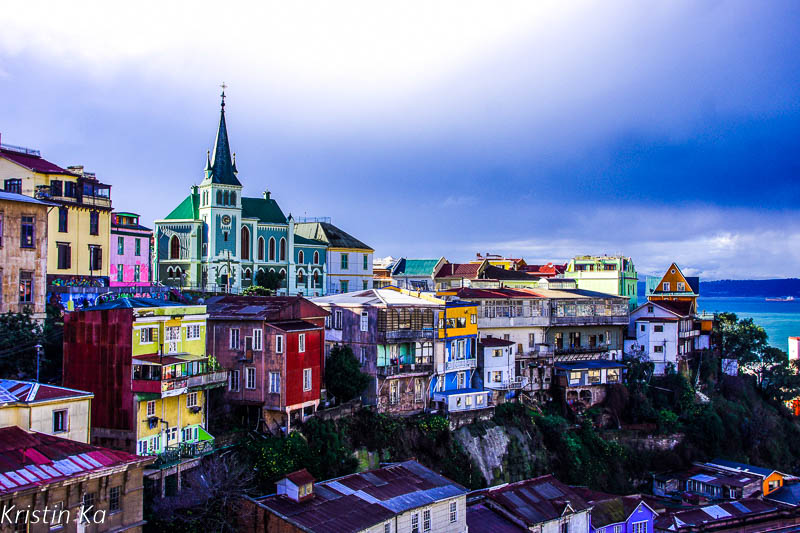 A stormy history made of revolutions, almost 7000 km of coastline and multicoloured cities: welcome to Chile!

The geographical description of this country already says a lot about it: 7000 km long and 200 km wide. On all this extent from north to south, the journey will go through all extremes. The Atacama desert, reputed to be the most arid in the world, wild territories, glaciers in the south, traditions inherited from the Mapuche. And then there will also be a beautiful history lesson to review: from the Spanish colonization to the European one (11% of Germans live here), this country is a real patchwork.

You don’t have to stay long in Chile to realize it: the inhabitants of this country are really speed

The journey begins with dialogue: the Spanish of the Chileans will refresh the traveller’s neurons. Even if you have mastered Spanish, it takes a while to adapt to talk with them without a headache: Chileans speak extremely fast.
No periods or commas, don’t dream about supension points. The locals speak fortississimo. It is better to take the rhythm right away because our way of speaking  annoys quite a bit the Chileans who will not let you finish your sentence.
I sometimes wonder what they put in the water or in the air here to make them so excited about the verb. Because apart from speaking and driving in Santiago, they’re the quietest people.
Once the language barrier has been broken down and you get used to their elocution “under ecstasy”, Chileans are very endearing: kind, smiling and calm.

History books divide the history of the country into 12 periods. From the Mapuche, Chile’s aboriginal community, to Pinochet’s dictatorship, this country has seen many transitions, not always happy ones.
Let us not forget that Chile returned to democracy in 1988/1994, which is very recent. The dictatorship and its procession of executions, disappearances and torture, historically speaking, was yesterday.
Between the silent Chileans who were reluctant to speak openly and those who expressed themselves by all possible means, care must be taken not to judge anyone in order to spare all sensitivities.

Politics is a favourite subject for Chileans who are very interested in their country’s politics, so be diplomatic!

This is a generality but cleanliness in this country is pleasing (unlike some neighbouring countries). Here we sort waste, we behave with civility.
In winter, it is really cold but chileans hardly use central heating. Many travellers expect a warm climate, nope! In the Atacama Desert, the year-round hot desert climate records temperature variations of up to -30° between day and night. Here it never rains, it is the driest place in the world.
Cold and wet winters, a polar or Mediterranean climate, there is something for everyone.
All travellers are unanimous, the imposing, majestic Andes mountain range, so close to Santiago, is the first visual shock when you arrive in Chile.
What’s next? Hummingbirds in the heart of the city centre gathering flowers in the parks, open-air museums offering pedestrians magnificent street art frescoes, colourful neighbourhoods to be explored with the help of ancient funiculars that transport the exhausted explorer from hill to hill.

In Chile get acquainted with an exotic gastronomy : In Chili we eat and drink well, it’s also a tasty travel

In chili we eat and drink well! From the everlasting empanadas, to the manjar (Chilean dulce de leche) the choice is quite varied.
To try before judging it: the completo, this sandwich completely is a poem for junk-food. That combines sauerkraut, avocado, sausage, tomato all generously sprinkled with ketchup and mayo.
To accompany all this, fruit juices of course, but also wine and pisco sour: pisco (white grape brandy) skilfully mixed with a lime, sugar and a cloud of stifted egg white.

Spicy ceviche will delight lovers of raw marinated fish: a specialty of Chile

The sopaipillas, these pretty squash fritters of a fluorescent orange, a cazuela (broth) or a pastel of choclo, an extraordinary gratin made of meat and mashed corn and a whole bunch of typical dishes to be discovered in the comedores, street vendors or in the cocinerias of the markets.
The restaurants are full of friendly Chileans and the menu is very varied: it’s time to try new flavours.
It would be a shame to stick to a pizza or a hamburger, which I find, tends to kill the gastronomic diversity around the world. A little courage! The composition is sometimes confusing but it’s good, it’s different but good!

Next trip: what's about travel to Ecuador? 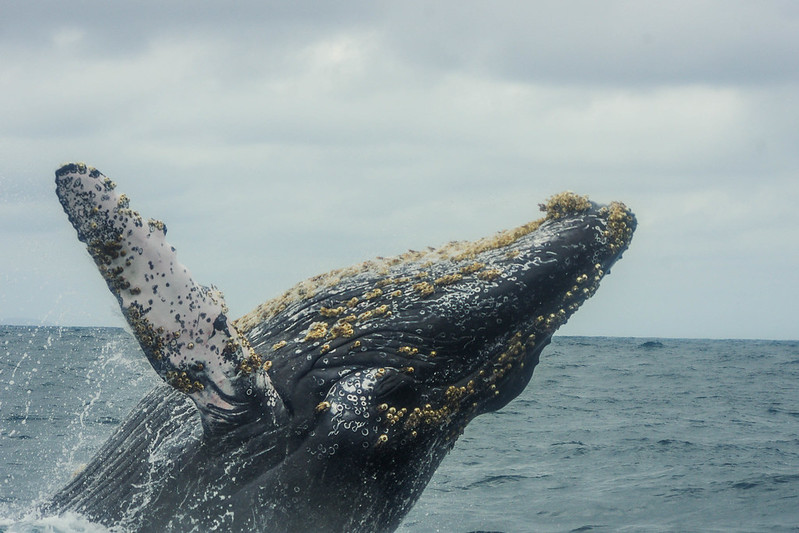 Whales, a volcano at 6000 m, Ecuador is both beautiful and a little scary too!

Between pure nature, wild life and the urban jungle, the trip to Ecuador will be exotic and rich in emotions!