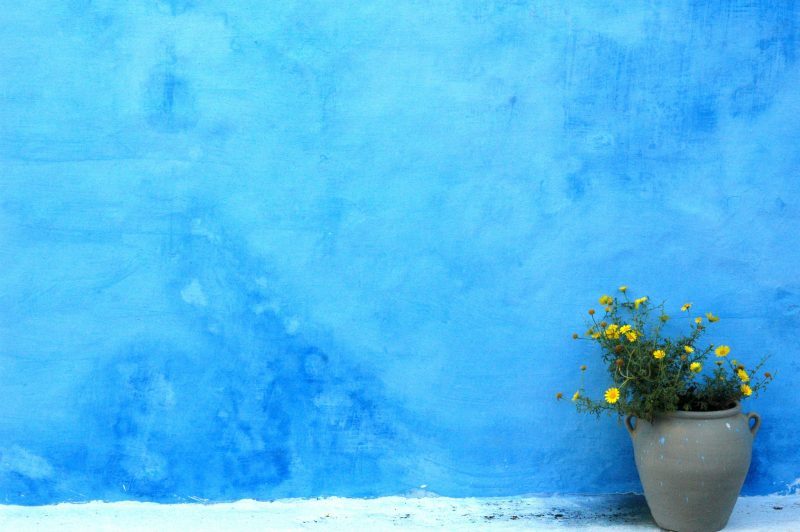 Morocco is the country of tajines, Zelliges and the blue walls of Yves Saint Laurent. Archi-touristic, Morocco is like a travel agency catalogue with a touch of authenticity

Morocco is a high-ranked destination and not only for the French. How can you resist these desert landscapes, its souk teeming with life and a little mint tea in the Atlas Mountains? Just because it’s touristy doesn’t mean you shouldn’t go there. You have to be aware of the venality of some Moroccans and take what it offers with sincerity: kindness, warmth and hospitality.

Morocco has everything to please. It remains, in spite of its tourist frequentation, an authentic country, rooted in its culture.

The country offers a wide range of choices: the sea, the mountains, the desert and cities with bewitching architecture. And as a bonus, there are even camel.
Morocco’s undeniable asset is its diversity. Whatever the type of trip you want to make there, it’s a bit like in the souk: no problem. The landscapes are varied and everything is surprising but normal like getting into a Mercedes taxi with 1,000,000 km. Redecorating your wardrobe at a ridiculously low price, walking in a restful palm grove, swimming in the fresh and invigorating waters of the North Atlantic, eating in a filthy boui-boui but finding everything delicious, Morocco has an answer to everything.

One of the best reasons to travel to Morocco: it’s the gastronomy!

Morocco boasts the best cuisine in North Africa. It is unbeatable. Moroccans know how to grill, simmer, sear, mix and season. The choice is immense and the dishes do not have the same flavour in Casablanca or Marrakech. The fight of the century always opposes the same two specialities: couscous and tagine. Who is the best? The best thing here is that gastronomy is a cultural affair, they don’t just eat to fill the stomachs, they also fill up with emotions and flavours.

Morocco is sea and mountain, the geographical diversity is breathtaking

When you cross the Atlas Mountains and look out over the arid mountains, you always end up discovering a tiny village, a herd of sheep guarded by a shepherd. One wonders where the inhabitants of this world live. In these seemingly inhospitable nooks and crannies, there are families, traditions, an unsuspected life. This trip is touristic and is one of the popular tours that Morocco offers. However, it is extremely exotic and the experience is enriching.

A land of change and rich in culture, there is little to reproach Morocco, except for the harassment of tourists

In order to bring back beautiful experiences from Morocco, it is necessary to disregard the tourist harassment widely practiced by the inhabitants, especially children

Standing on the side of the road, using “give a drink” gestures, they try to stop the cars. Strangers often execute themselves, who would refuse to share a bottle of water with thirsty children? But, it is not about water but about money. If by misfortune the vehicle stops, the occupants are assaulted and will find it very difficult to resist the authoritarian and sometimes aggressive “give money!” attacks. When travellers refuse to comply, stone throwing is used to say goodbye.

This harassment in Morocco is widely practiced, at all levels, in all places. Many visitors complain about it and even when you are used to it, it is exhausting and frustrating. At the bend in the road, here is a friendly Berber who offers a tea, what happiness! Don’t dream, he will ask you for “a little something” for the family. You search in your pockets, you hand out 10 dirhams (1€) and the scandal breaks out. Travellers have been insulted a lot for that. The Berber wanted 50. For a tea.

I myself was recriminated for having photographed a hen on a donkey. Refusing to pay for the photo, I came within a hair’s breadth of big problems. One thing needs to be clarified: I always ask permission before I take a picture and I totally accept being refused. But to be told that I should have asked the chick’s permission, frankly, is beyond my abilities: I don’t cackling or braying. So you have to be prepared to deal with these situations.

It looks like a desert but it’s not. The dune of Merzouga is sand, tents and Bedouins but it is a tourist scenery

Merzouga is a village which exploits its small desert area to excess. Travellers come here to experience the desert: humpback riding, Bedouin tents and tasty tajine, wood fire, golden dunes… that’s what I did too. It is so well marked that when you get there, you are convinced to really go to the desert. Merzouga is 20 km from the Algerian desert as the crow flies. However, the Bedouins who welcome the visitor are not from here, they are there for the scenery.

The tourist manna has led to a complete degradation of the natural space. The constructions are anarchic and ugly, the pollution is scandalous, Merzouga has become an amusement park that has nothing authentic. One will have to be satisfied with what is offered while turning one’s back on the artificial. For lack of better, one will appreciate the spectacle of the splendid dunes and the smile of the Moroccans, it is necessary to return this justice to them.

Fortunately, Morocco and the Moroccans have the most beautiful thing there is: legendary hospitality

These two examples reflect the Morocco I least like. But off the beaten track, Moroccans are champions of hospitality. This country with its strong identity and intoxicating culture needs to moderate this type of tourism a little, like many places in the world.

A little bonus to tease you before your next travel to Morocco!

One of my traveling friends made an exceptional video of Morocco, it tells in a few minutes the country in its most beautiful finery.
Cover photo, thanks to Joseph Perigot.

Travelers, get off the beaten track and the pyramid-louxor-red sea route! Egypt is a country that offers much more than that

Okay, the pyramids are  wow! But apart from that, egyptians are very welcoming, friendly and the country holds real treasures. Go and explore them without fear, it’s a very safe country.