When you announce "I am going to visit Estonia" you do not trigger collective hysteria, that's for sure

You can even get a few “where’s that?“.
The Baltic countries are little known, so taken one by one (there are 3 of them), it’s even worse.
But that’s good, Estonia is a charming destination that remains far from mass tourism and frankly, it feels good!

Estonia is the most remote Baltic country. Its capital culminates at the very top of the territory on the Baltic Sea. At this level, Helsinki is located as the crow flies about a hundred kilometres away. We are really all in the North of Europe, between Russia and Finland and just behind is the Latvian sister country.

Transportation is top-notch. Many buses, fast, regular, comfortable, it is the most interesting means of transport to visit the country.
There are some trains but they are very slow, old and rare. The only reason to take the train in Estonia is to go to Russia (Moscow or Saint Petersburg).

What language is spoken in Estonia ?

Estonian ! This language is unique and has absolutely nothing in common with Russian or other Baltic languages. It is quite close to Finnish. Estonia is home to a large Russian minority: 37% of the population. Everything is therefore more or less translated into Russian (signs, fronts, labels). But don’t make any mistakes, Estonians have won their freedom, they like to affirm their identity through their language which they were deprived of for many years under the Soviet yoke.

What are the good reasons to visit Estonia?

The country is very restful. The population is about 1 300 000 inhabitants so it is sure that here we don’t step on each other. The capital, Tallin despite its cultural assets looks like a village. Surrounded by its beautiful white walls, the city can only be visited on foot. The absence of engine noise and exhaust fumes invites the visitor on a journey through time. It is certainly touristy but not that much. This city has an undeniable charm and even if it is not very big you can spend time there without getting bored. And then, it is beautiful, it is ancient, it is medieval and above all, it is quiet.

Visit Estonia because its wonderful nature!

Estonia is a very pleasant country: a lot of forests, lakes and parks with lots of wildlife to observe.
This abundance of vegetation makes the trip exciting. The woods stretch as far as the eye can see for hours. It is definitely a country that will delight walkers, explorers and campers of all kinds.
In the forests of Estonia you can meet many wild animals, including bears, which seem to enjoy the country, as there are about 700 of them. The wolf is less represented (200 individuals) but it is an animal that needs large hunting territories. As for the lynx, 600 of these fabulous felines live there, they are protected there… and it’s a pleasure.
Another unexpected encounter, elk!
Estonia belongs many swamps, so the fauna of this ecosystem is abundant. Frog or beaver lovers, this is the place to go!
Still little known, Estonia has beautiful beaches that are very popular in summer but without the tourist crowd.
No need to look for treks to train your calves, the highest peak in the country culminates at… 318 m. You will have to choose another destination to taste the exhilaration of the summits.

She may be discreet, but Estonia has a busy history. It has passed through several dominations by foreign powers including Germany and Russia. Recently independent (1991), the country is proud to have won its independence without violence. The citizens have gathered to massively demonstrate every night by singing traditional Estonian songs! It was a strong gesture in this time because Estonian was forbidden. It was even given a name, the singing revolution. Let’s hear it for the chorus!
On this subject, the Vabamu Museum of Occupations and Freedom in Tallinn is very interesting, it’s an exploration not to be missed! 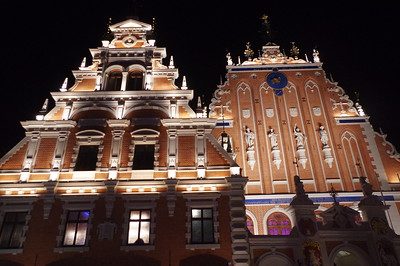 Between Lithuania and Estonia, you should not miss Latvia!

Latvia is very small but it is covered with forests and beautiful beaches with in addition a joyful capital endowed with incredible Art Nouveau architecture!