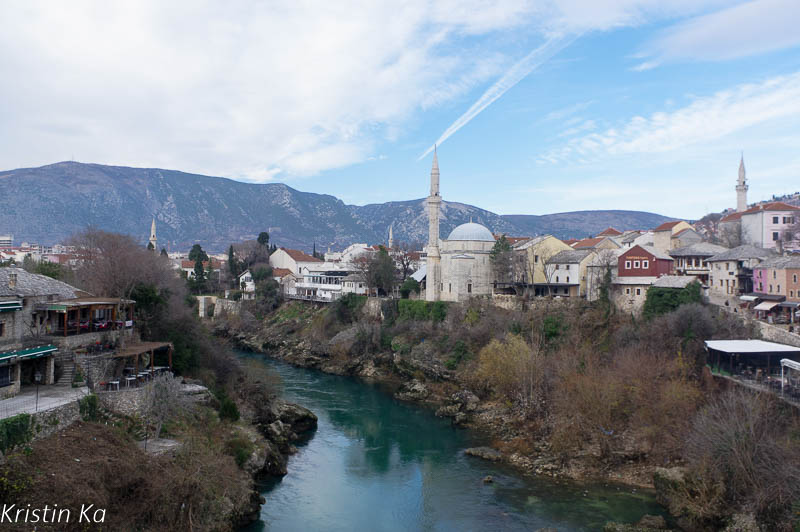 What to expect in Bosnia-Herzegovina? Smiles, kindness and nice things to see!

When one announces one’s departure for Bosnia, it’s not the Wooooow, what luck! that jostle each other. The Balkans are composed of magnificent countries still sulked by visitors. So much the better, these territories are thus preserved from the cocktail-beach-coconut-palms-tourists, too bad too because they really deserve a visit. Bosnia is one of them.

Marked by the tragedies of 1995, Bosnia today is being rebuilt. In this country, we will meet the warm inhabitants and nice landscapes. We will get as close as possible to a strong history and discover men and women armed with a rar determination to rebuild themselves. But at the end of the trip, we will tell those who prefer the all-inclusive hotel and swimming pool: what a strong and intense travel in Bosnia-Herzegovina!

This small country can be visited with great ease. If part of this exploration cannot overlook the painful (and recent) past of its history, it is wrong to believe that the journey will be marked only by tragedy. Bosnians are generally very friendly, helpful and always very happy to meet visitors.
Moreover, and this is not so frequent, they are very generous. “You want to taste the cheese?  Have some!” or to a waiter at a coffee shop who I asked where it’s possible to buy cigarettes “We don’t sell cigarettes here but I leave you my packet, help yourself!” .
So be curious, don’t be shy! Kindness on both sides opens all doors. Don’t wait until your interlocutors deserve it, offer them your smile and all your consideration.

The war was yesterday. Here, we do not forget it, but we look to the future

Bosnia-Herzegovina wants to reinvent itself without losing its memory.
Here the walls tell more than a book: they are riddled with bullets, but don’t let that stop you from going further, the best is yet to come. And it’s often like that in these countries, the best to visit here are the people. But not only that, the visitor will have his share of beautiful pictures too.
In Mostar, the bridge is rebuilt and nice shops are waiting for tourists in the pedestrian streets. The center is small, it’s true, we could visit it in one day and go elsewhere but it would be a pity. Because in Mostar, there is also a market, a real one with sock knitters old women, sausage roasters, cheese sellers. That market is really worth a visit.

Bosnia and Herzegovina requires a bit of prior documentation

The great tragedies of 1992/1995 deserve the traveller’s curiosity and it seems to me unavoidable to devote time to this part of history. 1995 was yesterday. A little more than a generation separates us from the great black hole into which the country has sunk. To understand it, we must explore its recent past.
To learn more about this war, a book, a report, a video, a film such as Harrison’s flower, In the Land of Blood and Honey or the well-documented Resolution 819 about Srebenica.
Once there, in Sarajevo, don’t miss under any circumstances the fabulous, magnificent exhibition Galerija 11/07/95.
Okay it is not very cheerful but the travel sometimes requires a little digging. Anyway, the visitor can’t ignore anything, here the walls tell more than a book: they are riddled with bullets. But don’t let that stop you from going there, it’s also a very beautiful travel.

The Bosnians will appreciate your visit, not your judgments

Beware of sensitive subjects! Most of them avoid the delicate subjects of the 1992 conflict. The war were yesterday. One can only understand why they want to define themselves by something other than the recollection of tragic memories.
Political subjects are not necessarily welcome either. Whether they concern the situation in neighbouring countries, Europe or Tito, it is best to avoid entering into conversations that are likely to become heated. The country is populated by Bosnian Muslims, Croatian Catholics and Serbian Orthodox, religion here is not a light subject, so do not make any mistakes.

Life has resumed, people goes out into the streets to party, to meet in cafes or for a walk in the park. It’s a time of peace

In Sarajevo, a magnificent Christmas market awaits its visitors in December. And it is very successful. The streets of Sarajevo, swept by the icy wind, shine with a thousand lights. The huts sell barley sugars, bell tinsel and everything else that is needed for Christmas, concentrated in the old town with its architecture inherited from the Ottoman Empire: a magnificent contrast!
One can only salute the work of the city to erase the traces of the fights that ravaged it. The pigeons fly over the squares, the shops are colourful, the cafés trendy, full of music and friendly, talkative Bosnians. It’s like being in any city in Western Europe. But this is Sarajevo, and the name is full of memories.
The parks offer benches, trees where grandfathers are feeding the birds and the crowded antique tramway takes its riders through the neighborhoods.

Bosnia and Herzegovina is not a dangerous country, on the contrary

Bosnia-Herzegovina is one of the safest places I know. Given the past, this fact deserves some thought. While we were talking about the interesting multiculturalism of this country, I was amazed at the ability to live together and the feeling of safety there. A Bosnian explained it to me this way: “We have suffered too much. We don’t want any more violence, any more drama. We can only forgive. If we are still here, alive, we want to live happily, in security“.
So no, the Bosnians are not waiting for you on the street corner to cut you to pieces.
On the other hand, there are still some high-risk places in the countryside and mountains. The war has left areas that have not been completely cleared of mines, so it is best to avoid going there.

And the Bosnians, are they nice?

The country is very welcoming, so you shouldn’t be afraid to get lost in the local markets and go to meet its inhabitants.
The relations are very cordial. If they are not all very talkative, it is certainly because they do not speak English or any other language that would allow them to chat with foreigners.

What language is spoken in Bosnia-Herzegovina?

This is a very complex question. Before in Bosnia they used to speak Serbo-Croatian, today they speak Bosnian. However, there is no official language in this country. German and Turkish can also be heard there. The written language uses the Gaj alphabet. These letters are derived from the Latin alphabet and are common to Croatian, Slovenian, Bosnian and Serbian languages.

And what do they eat in Bosnia?

As everywhere in the Balkans, the gastronomy here is clearly influenced by history. So you can find Turkish, Mediterranean, Greek, Slavic flavours… Cepavi is like a Turkish koftas, börek is omnipresent, coffee is also Turkish and will accompany a Baklava or Uštipci, this sweet fried fritter. Soups are tasty and meat is usually simmered for hours like what could well be the national dish: Bosanski Lonac. On the Mediterranean side, the Dolma, looks like a lighter ratatouille and the Grah, a stew of dried beans, peppers and onions, cooked and served in its ceramic mould, fills the bellies and warms the soul.

Bosnia and Herzegovina offers the traveller beautiful discoveries: perched castles, forests, waterfalls and an architectural heritage that is worth to visit.
If it can be visited in a short time, it would be a shame to spend only a few days there. It is with time and patience that you will have the chance to get to know and appreciate it better. 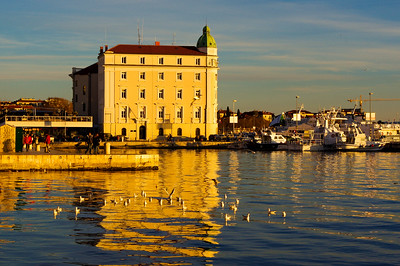 Pearl of the Adriatic, Croatia does not only have islands and a seaside!

Yes, there are also waterfalls classified in the most beautiful in the world, ancient cities, fortified or not and Croats who have a spectacular talent for party!