Eastern Europe enchants the traveller with its architecture, its history and its dynamism

Not so long ago this part of Europe was not a dream come true. It is high time to change the image of this cold, sad Eastern Europe, marked by the tragedies of history.

Eastern Europe is bubbling with life, culture and people determined to look to the future after rebuilding everything.
Castles, palaces, museums, festivals, nightlife, this Eastern Europe has weapons of mass seduction. These destinations have long been shunned by tourism-related businesses for many reasons, both good and bad.

Today, Eastern Europe is welcoming and easy to visit

Twenty to 30 years ago, Eastern European countries had little infrastructure for visitors. Exploring these countries was not disappointing, but it was much more difficult. It was sometimes impossible to communicate with locals and interesting sites could be inaccessible, dangerous or almost impossible to find. Today, it is much easier. These beautiful countries now know how to welcome foreigners who have come to reap the benefits of culture and a change of scenery.

These resurrected countries have sometimes opened the floodgates of mass tourism

Early travellers deplore it. For example, the city of Budapest has completely transformed itself in less than 10 years. Trendy cafés, terraces and gardens are flourishing all over the city and everything has been masterfully renovated. No more dark facades, dirty bas-reliefs, dilapidated buildings. No more sad restaurants with minimalist menus. But the other side of the coin exists: high prices, visits that were previously free but now have to be paid (a lot!) for, and inhabitants jaded by this industrial tourism.

One of the stars of Eastern Europe is also Prague. A victim of its own success, this marvellous capital is drowning under the incessant flood of tourists. To such an extent that the state is considering how to limit the daily visitor quota

Discovering the countryside and the deep culture offers a real immersion in the country.

That’s not to say that all these countries are not yet invaded by shops selling souvenirs made in China. They have deep forests, bucolic hills and beautiful roads. They also have picturesque villages inhabited by locals proud of their traditions, donkeys pulling hay carts, places where elders gather at dusk. It is surely this type of exploration that will most delight the long distance traveller.

Some of these destinations privilege a reasoned tourism, turned towards quality more than quantity

These countries are neither grey, sad nor dangerous. The natives are affable, smiling and still curious about the visitor. Apart from the flagship destinations, prices are quite affordable. If sometimes transportation is lacking, you should not hesitate to rent a car to get around without constraint. The disastrous reputation of the road conditions and the local driving style is often mistaken. It would be a real shame to give it up!

Eastern Europe is proud of its culture and traditions, and rightly so. It deserves all our curiosity! 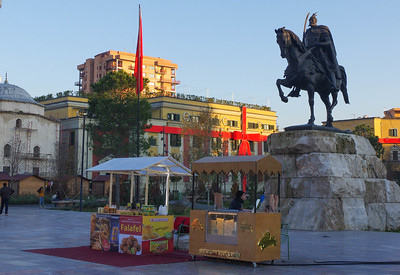 Marked by war and political instability, the countries of the Balkans must be rediscovered!

The Balkan countries have a lot to offer. Magnificent seashores, medieval citadels and unspoilt countryside… But the most beautiful thing to discover here is the people!