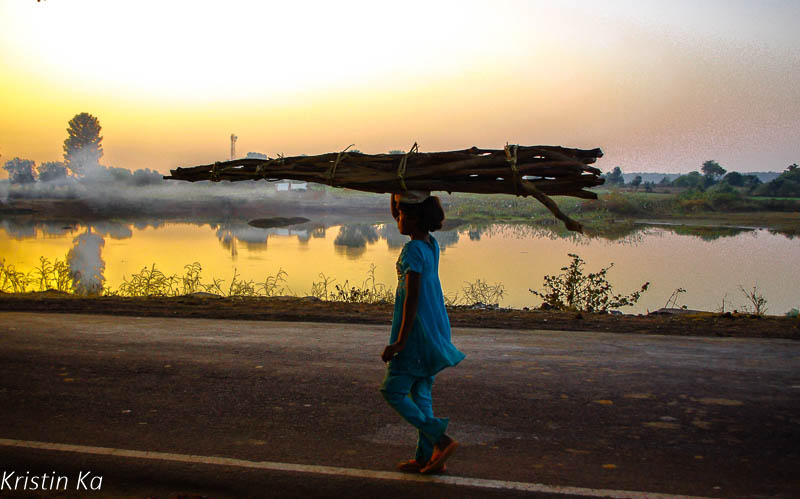 India is part of the journeys that change you. It is not easy to love, but when you fall under the spell, India is madly in love!

There are countries that are easy to love. The climate is mild, the food divine and healthy, plains and beaches offer themselves to you without resistance. The sheets are clean, the shower water is hot, the traffic lights regulate the traffic. Everything is simple, easy. India is not one of these destinations, you are warned.

India is the country of all extremes

If you want to love India, you will have to make some efforts. Everything is different here. The climate, the dress code, the food, the mentality, the gods, the architecture, the smells, the way of seeing life and not fearing death…
Here is a country that baffles the traveller, however curious and open-minded he may be.

India is a billion little Indians and a thousand gods

India is a functioning anarchy, it seems. Well, I think that’s true.
India is an absolute mess. India is polluted, overpopulated as we know with over a billion Indians, not all of them Hindus. It is also the kingdom of thousands of Gods in teams, like in football (or rather cricket).

Religion is everywhere. In the stone, the clothes, the joined hands, the music. Religion is so complicated that most people don’t always understand it. Many of my interlocutors were unable to answer my questions about this or that statue or tradition.

India is sometimes more traditionalist than spiritual. They repeat gestures, respect strictly codes of conduct, but don’t always know why. Above all, they don’t question anything.
Beware, understood or not, religion is the keystone of this world: it is forbidden to touch it. We must distance ourselves from it and be completely neutral towards it.

Gange river is a giant sewer, yet Indians wash there: Incoherent as possible, India is a concentrate of ambivalence

Here we’re almost starving to death with a mobile phone in our hand. This big country is home to the world’s best computer coders, but it’s impossible to buy a train ticket online.
In a large part of the country, finding a beafsteak is a quest for the grail, even though Indian beef accounts for a quarter of the world’s meat exports.
India is at once opulence in clothes and jewellery, arms covered with bracelets, rings up to your toes… and a black, thick and sticky misery that leaves you helpless, unable to do anything to fight it.
The world’s fourth largest economy (after all!), a nuclear and space power, does not properly feed 500 million of its citizens. Half of the population doesn’t even own a toilet, yet wealth exists at its peak and there are many billionaires.
The woman is a goddess, the embodiment of strength, power or death. Nevertheless, 2 million women are murdered here every year.

A hard, violent and conservative country. In India, you have to know the codes, the rules

India reflects non-violence, respect for life above all, cause here you don’t even kill a rat, a worm or a monkey. Yet this country is anything but peaceful. Problems are solved with knives or guns… or rape when you disagree with a woman.
That’s a terrifying fact. Yet I have found in India people of all ages and religions of great integrity. Thoughtful, respectful, these people I met were beautiful souls, surprisingly pure.
In my opinion, India is not as dangerous as it is described. Proof of this is that I am still alive despite all these adventures. According to my Indian friends, I’ve been very lucky. I’m not so sure about that.
I think India requires a little more adaptation than other countries. It is important to know its workings, its codes.

The country has made concessions, it has become a tourist destination thanks to the Delhi-Agra-Taj-Mahal-Udaïpur-Jaiselmer star hotel tours. Tourists are rushing there. In 14 days the circle is completed. However, I have the feeling that these visitors miss the essence of this country. Because, here more than anywhere else, you have to go slowly to discover and understand it. If you devote a little time to it, it is possible to bring back from this trip something other than photos. Once the door of India is open to you, that’s when the real journey begins.

It is heir to impressive abandoned citadels, invaded by thieving monkeys, palaces on clear lakes and golden deserts.
Once the shock is over, India becomes hypnotic. How can one resist the desire to do nothing else but sit somewhere and contemplate the spectacle of this colourful, swarming life, full of surprises.

This country imposes humility and respect. Do not judge India, it is far too complex for that

India is not to be judged. It must be taken as it is.
Be attentive, be observant, yes, but above all be careful not to make comparisons … and comments. To exclaim in front of the spectacle of the morning ablutions in the Ganges (where no microbe worthy of the name could survive according to Mark Twain): “f***, but that’s gross!” is to be avoided. This river is, in the eyes of the Indians, more sacred than polluted: they drink its water for its purifying virtues.
There are many other examples where reason and coherence are lost in ancient traditions or simply in fatalism.
Then India risks giving the visitor this masterful lesson: take this country as it is or leave it as it is. Do not come here if you are looking for authenticity formatted for mass tourism. 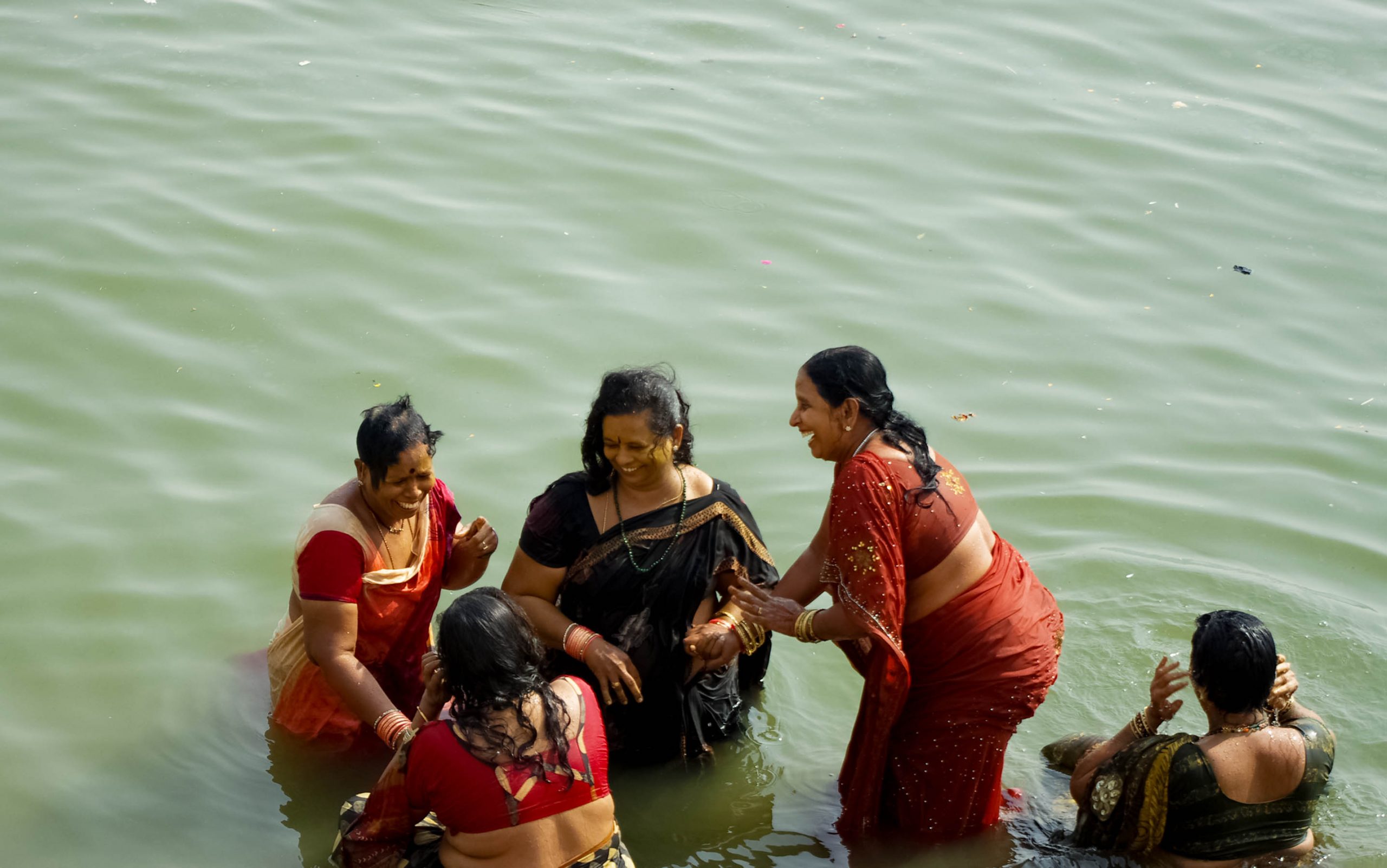 India is an earthquake on our western certainties…

Hygiene is poor, families sleep on the pavement and children in rags: India is still smiling

More than once, I was devastated by the sight of people’s misery, especially children’s. Shaggy hair, filthy, barefoot, collecting plastic bottles in the streets, shining shoes. These are images that touch you… like machine gun bullets.
This journey can shake up our certainties. Those poor kids had incredible energy, they were much stronger than the rich kids and so much alive. Their excitement and pleasure in shooting a handmade paperball was sincere and intense. So what do we really need to be confident and happy?

India is a Capital Journey: it changes us deeply

This country can convince you that the world is not so that bad, fill you with hope or strike you with incurable fatalism. India can make you completely paranoid or, on the contrary, incredibly confident.

You have to be solid (or become solid) to be able to stand the constant looks of this male society, to accept a mouldy straw mattress for a bed, the terrible smells, the monkeys shaking the bedroom shutters at dawn.

India brings together all the beauty and ugliness of the world

If you persist, if you get past all this, you’ll discover a beauty like no other. The most beautiful women in the world draped in dazzling saris, the liveliness of the children, the unbroken optimism of the coming day, the deep faith that animates them, the sound of stubborn bells in the descending twilight.
I have walked a lot in these cities, in this countryside. This is all I remember: the bright smile on a face marked by invincible misery and outstretched hands, emaciated by poverty, offering me a hot, smoking chai in the icy morning.

India is life in its raw state.

Next travel: what's about Nepal? 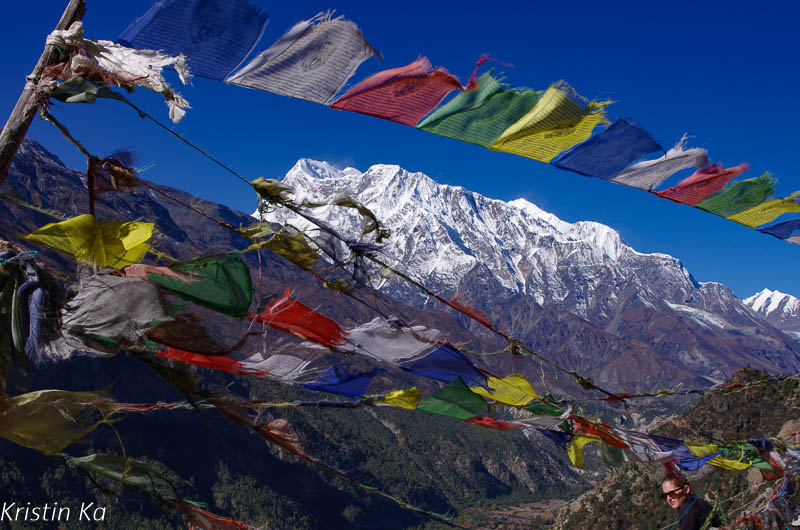 It should be reimbursed by social insurance: a trip to Nepal, it changes you completely. You could come back fully strong, serene, self-confident, ready to take up any challenge!